On 24 June 2020 three critically White-backed Vultures were released back into the wild on Manyoni Private Game Reserve (MPGR) after being saved from mass poisonings last year. Members of the Mavela team had the privilege of attending this wonderful occasion and to witness first hand the passion and compassion of dedicated conservationists at work... 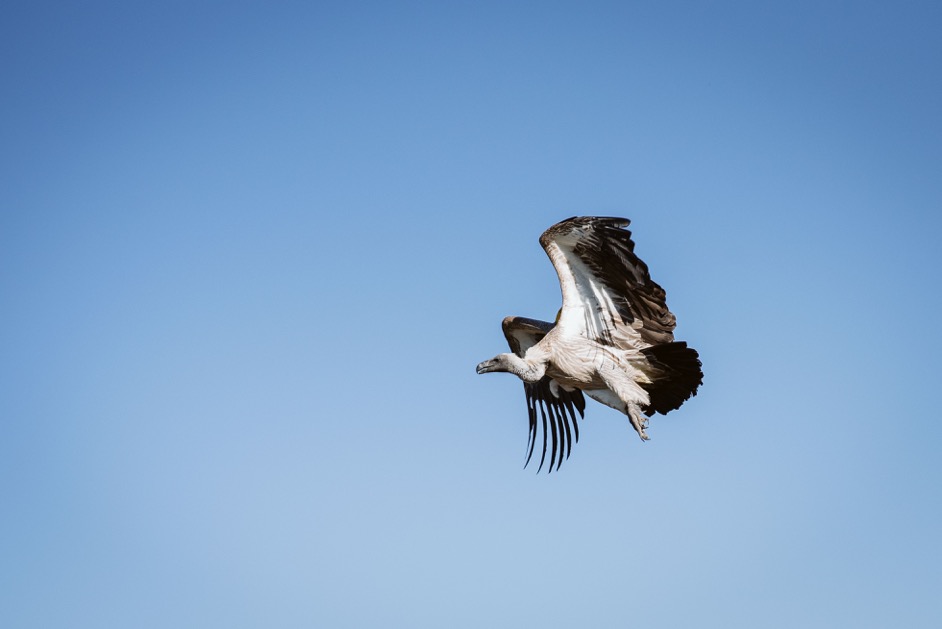 Vultures around the world are in serious trouble, and they need our help. There currently exists 22 different Vulture species across our globe, eight of which live in Southern Africa. Here's the troubling part: seven of them are classified as endangered according to the IUCN redlist. That's right, seven out of eight!

One such species is the African White-backed Vulture, as confirmed by Chris Kelly of Wildlife ACT: "The African White-backed Vulture has recently been uplisted to critically endangered, which means they are edging closer to extinction. Specifically in the northern Zululand region, the breeding population has declined by 80% over the last 15 years".

So, why are so many Vulture species becoming endangered? The answer is simple: Humans. Habitat loss, accidental poisoning when exposed to agricultural chemicals, electrocution when colliding with powerlines, and poaching. As mentioned before, it was attempted poaching that nearly killed the three Vultures that were released on MPGR on 24 June. Indeed, a significant and the single biggest current threat to African Vulture species is poaching for 'Muthi' (the term for Southern African traditional medicine). The body parts of Vultures are believed among some African cultures to provide medical and psychological benefits when prescribed by traditional healers (also called 'Sangoma').

The most common method for poaching Vultures is by contaminating animal carcasses with deadly poison. A single carcass in the African Savannah could attract more than a hundred Vultures at a time, so just imagine the devastation that a single poisoned carcass can cause (and often does).

Late last year, there was a series of poisonings in the Zululand region of KwaZulu-Natal, wreaking havoc to the Vulture communities in the region with at least 56 birds that were poisoned. Thanks to fast reporting by property managers and the rapid response of Wildlife ACT's emergency response team, a few White-backed Vultures were rescued (and one Lappet-faced Vulture) in time and they were able to receive medical treatment.

After spending six months in captivity being nursed back to health by the Raptor Rescue Rehabilitation Centre, three of these White-backed Vultures were released back into the wild in the Manyoni Private Game Reserve. One of the birds released on the day is a young bird, who took its very first flight when it left the wooden holding-crate.

To witness these charismatic, majestic birds burst from captivity and fly off into open, wild spaces is a beautiful, thought-invoking experience. To see the tireless devotion and passion of dedicated conservationists pay off inspires a feeling of achievement and success. It restores one's faith in humanity after it was destroyed by the initial greed and cruelty that led to this conservation success story.

Through the collaborated efforts of Wildlife ACT, Ezemvelo KZN Wildlife, Raptor Rescue Rehabilitation Centre and the Manyoni Private Game Reserve, these Vultures will live to see another day, and can continue to contribute to the survival of an entire species. Bravo, Zululand Vulture project!

To donate towards the incredible conservation work that is done by the Zululand Vulture Project, follow this link: https://projectvulture.org.za/support-the-cause/donate/

Our Mavela Guiding team is made up of carefully selected individuals who are certain to give our guests a world class guided experience. In this article, we explain what it takes to become a great guide and introduce you to our team of guides at Mavela.

Photos Of The Month - November

The best photos captured at Mavela during November

Some members of the Mavela team got together to participate in the annual birding big day. An event that sets out to identify the most amount of bird species within a 24 hour day. The guides at Mavela couldn't miss out on the fun.

The month of October brought with it much needed rainfall, the low hanging clouds signified the close of a long and dry winter period and the landscape has undergone a rapid change from arid savannah to a veritable garden of Eden.

On 24 June 2020 three critically White-backed Vultures were released back into the wild on Manyoni Private Game Reserve (MPGR) after being saved from mass poisonings last year.

We recently received some incredible news that our Wild Dog pack had given birth to 6 pups! This particular pack has an incredible story to share about their journey to building a strong and cohesive family unit.

As one of the most beautifully captivating animals to find on safari, the cheetah is a massive asset to any game reserve. Their sleek elegance and unique characteristics make it a truly remarkable animal to encounter.

We are excited to announce that walking safaris are now an option at Mavela! Join our experienced trails guide

Excitement on the 31 December 2018, when Brad Smith identified a very rare bird at the lodge, the Golden Pipit!

Nico and El-Mari Kloppers have joined the Mavela team. Nico is working alongside our very experienced and professional ranger Brad Smith